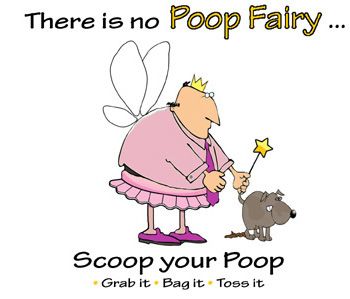 A couple of weeks ago, my life turned to crap.

Decide now if you want to hang with AGMA or bail to a blog about cats or Whole30 testimonies.

This isn’t going to be pretty.

But then again, as 45 has reminded us so many times just by having his image broadcast digitally or in print, life isn’t always pretty. Or even semi-attractive. Or meh.

It all started two weeks ago in Chicago when we were visiting our son, DIL & adorable grandchildren. We’d all enjoyed a stress-free (NOT) lunch on Saturday with 4 adults, a 6 month old and a 2 year old.

On the way back to the car, Hubs unknowingly stepped in a pile of doggie doo doo. On the sidewalk. Evidently the myth of the Poop Fairly is alive and well in Chicago.

It soon became very apparent something was seriously amiss after we all piled in the car. My son said, “I think I stepped in some dog poo. Something stinks.”

That seemed to catch my 2 year old grandson’s attention. “Where dog poo?” he repeated over and over. And over.

Hubs discovered the offending blob on his shoe. We all held our noses until we got home to a chorus of “Where dog poo?”

We cleaned the offending excrement from Hubs shoe – unfortunately, it was a two person job – then attempted to enter my son’s condo. Evidently some extremely tidy alien has taken up residence in my son. He inspected the scrubbed shoe to ensure every molecule of dog digestive by-product was removed before we were allowed though the door.

I’m pretty sure about the alien thing. His room as he was growing up, and his apartments during and after college until he got married were Hoarders TV show worthy. Now he’s a total neat freak. Aliens…

For the entire rest of the visit, my grandson was dog poo obsessed.

My DIL texted me after we got home that he was still talking about the dog poo all that next week. Every pile of yard debris on the side walk was, “Dat dog poo.”

The day after the great dog poo escapade, AGMA received a text from a friend who had looked in on our cats. Clearly one of them was not happy that we had left them and decided to go all passive aggressive on us.

He said he tried to start cleaning it up, but didn’t know where our cleaning supplies were and didn’t want to make a bigger mess. So he just left it all.

So we had an extra special treat when we came home Sunday evening. And guess who got to clean it and the carpet all up? Hint – not Hubs.

The final blow (or blow out) came on Monday.

This is probably TMI, but Hubs has a “slow” metabolism. “Things” don’t necessarily move everyday. And when we travel, it’s worse. He tells me it’s difficult to relax on an “strange” toilet.

He relaxes when he gets home. Sometimes he relaxes so much it stops up the plumbing. Which is what happened that dreadful Monday.

Can you see where this is going?

The commode in our master bath is somewhat finicky. It will act like it gets stopped up, but will clear out with a 2nd flush. I’ve learned not to use the plunger until after the 2nd flush.

And this was AGMA’s fatal mistake that miserable Monday.

My assumption was that I could clear the blockage with another flush. Had AGMA lifted the lid, I would have discovered that this was NOT a normal situation and another flush would be a disaster of monstrous proportions.

AGMA won’t go into any more detail. You seriously need to be thankful for this.

But I will tell you that the clean-up was a multi-day effort. It involved scores of towels, rubber gloves, throw-away shoes, old clothes covering every inch of exposed flesh, a mop, Spic-n-Span, beach (lots of bleach) and many loads of laundry. Plus emptying out floor of the closet that was in the path of the fateful flush. More bleach and Spic-n-Span. And lots of stuff beyond salvation getting trashed.

It was an exhausting effort.

So, as a public service, here is AGMA’s top 10 take-aways list from my crappy few days…

9.   Plan on having somebody visit your cats more than once over a long weekend.

8.   FaceTime with the cats as often as possible to let them know you miss them and will be coming home soon. Encourage them to use their litter box.

7.   Have cleaning supplies on the counter and plainly visible for cat caretakers.

6.   Offer a free bottle of champagne or spirit of choice to said caretaker if said cleaning supplies are used in an appropriate manner.

5.   Encourage Hubs to eat more fiber on out of town trips.

4.   Encourage Hubs to purchase an OTC “relaxing” stimulant on out of town trips.

3.   Keep a supply of old towels handy in the bathroom. Really handy. Always.

2.   No cardboard or paper items on the floor of the water closet closet. Gross.

And my #1 takeaway from this weekend from bodily function hell…

For the love of all that’s holy and sacred, always…always…ALWAYS lift the lid before flushing to get the lay of the land to see what you are dealing with.

If AGMA can save just one of you from her horrible fate…well…then, it was worth it.