I know I promised last week, but it’s just so difficult to distill 15 days worth of sights, sounds, tastes and experiences into just 35 photos.  But honestly…that’s probably the maximum number of pictures of somebody else’s vacation that anybody really wants to view.

The “tile” organization of the pictures kind of distorts them – yuck and sorry…  You can hover over each picture if you want to read the compelling caption on each one.

As promised, “AGMA goes to France” in pictures: 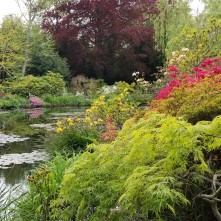 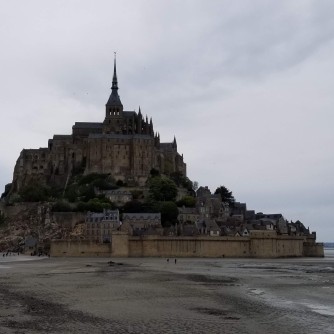 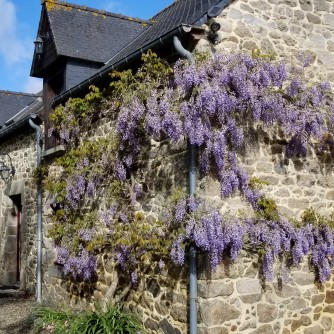 Our B&B in Brittany

Crepes were invented in Brittany. These are galettes which are savory crepes. 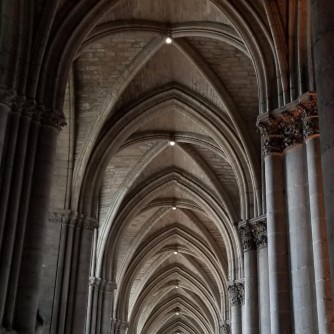 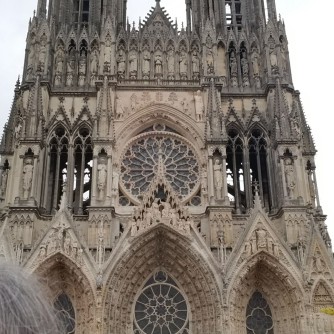 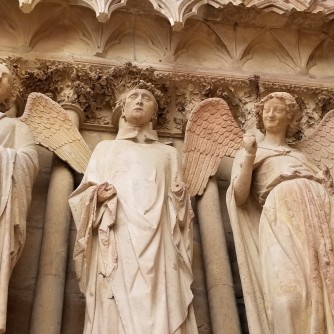 The smiling angel (on the right) on said Reims Cathedral.

The Chateau de Villandry in the Loire Valley that is world famous for its gardens.

All but 6 of the men, women and children in the village were killed. It was never rebuilt as a memorial to the horrors of war.

The medieval village of Sarlat-de-Caneda famed for it’s foie gras and walnuts! 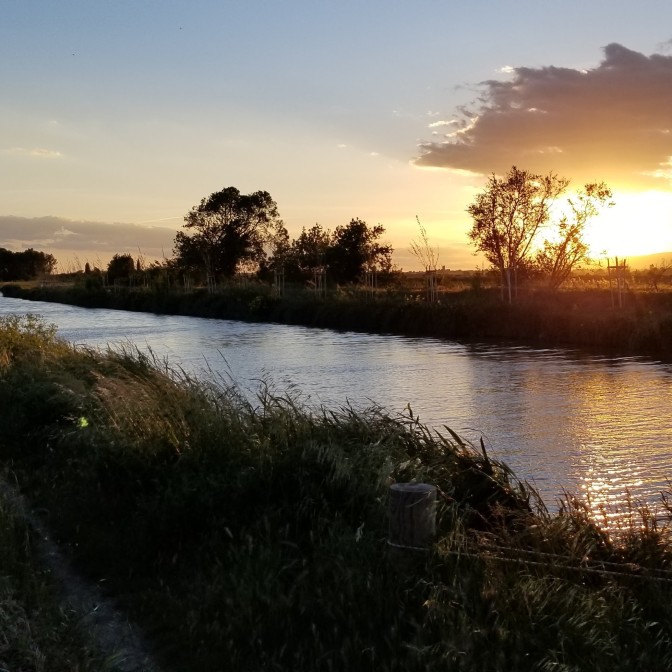 The beautiful Canal de Midi in the Languedoc region.

The walled city of Carcassone

The beautiful village of Fontaine-de-Vancluse in Provence. I want to live there!! 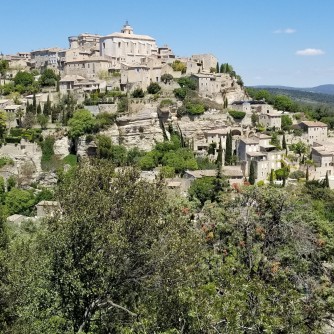 The hilltop village of Gordes in Provence 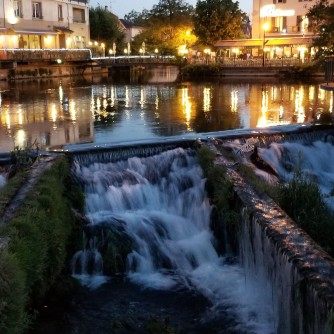 There was motion in the art that I can’t post because I don’t have the right version of WP, but it was AMAZING!

The exhibition space between shows.

A view of the villages of Chamonix high in the French Alps on a cog wheel train to the Mer de Grace glacier.

Beautiful Annecy in the French Alps.

The view from our Annecy AirB&B.

The smiling angel (on the right) on said Reims Cathedral.

The insanely large Fountanebleau Palace dating back to the 12th century. Napoleon liked to hang out here as well as 8 centuries of French monarchs.

Thinking of a DIY project for our bedroom.

Everything was so understated…

This is only a fraction of the insanely sumptuous decorations in Fountanebleau.

The back of our car at the end of 2400 miles around France. It’s kind of a good thing our friends luggage never caught up with us, but they were reunited with it in Paris before they flew back to the US.

Speaking of travel, for heavens sake, if you haven’t already, subscribe to Scott’s Cheap Flights!

We just booked another trip last night for September on British Airways, $290 round trip Atlanta to Paris.

We promptly cancelled it this morning to get a full refund (even non-refundable fares are refundable within the first 24 hours).

AGMA hated to do that!

But we need to let our waistlines and bank accounts recover for a bit before heading out again.

17 thoughts on “What I did on my almost summer vacation”

© Aging Gracefully My Ass (AGMA), 2013-2020. Unauthorized use and/or duplication of this material without express and written permission from this site’s author and/or owner is strictly prohibited. Excerpts and links may be used, provided that full and clear credit is given to Aging Gracefully My Ass (AGMA) with appropriate and specific direction to the original content.